“I want to own a growth company, not a bank. Banks are not investable.”

I have been hearing comments like that all year, with the number and the volume increasing in the last few months. What a crock. Allow me to explain–and provide some historical perspective. First, history shows incontrovertibly that the long-term direction of the stock market is driven by corporate earnings: 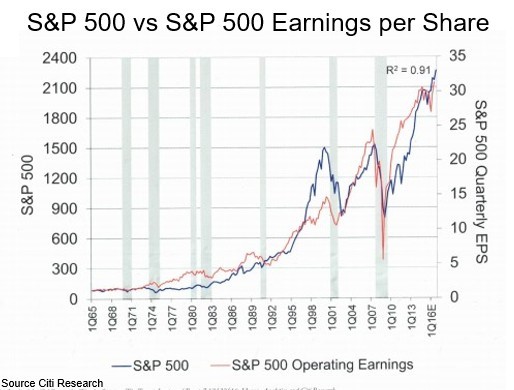 But once you start to slice up the market into smaller pieces such as industry groups and even individual companies, the correlation between earnings and stock prices can be distorted, often when valuations become extreme. I have believed for a while that the huge gap between the valuation of growth stocks and value stocks is simply unsustainable. The gap has only been higher once: just before the tech bubble burst. 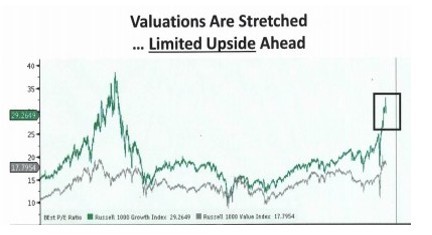 You might argue that growth should continue to do better, since the market is dominated by the FAANGs, which are still true growth companies that show no signs of slowing down. I doubt it. Take a look at what happened to some of the great growth companies of yesteryear. Coca-Cola, for instance, was an investor favorite from 1981 until 1998, by which time it was trading at 57 times earnings. Then over the next twelve years, Coke’s earnings went from $3.5 billion to $11.8 billion, yet its stock barely moved. Moral of the story: individual company valuations matter for investor returns, even at great growth companies. 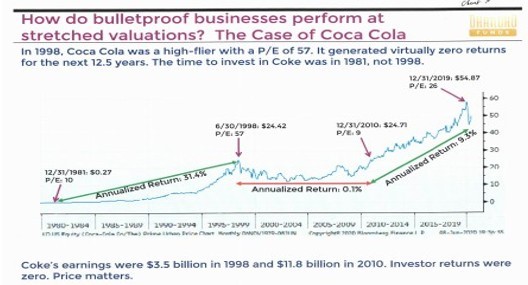 What happened to Coke happens all the time to big-time growth companies. Take Microsoft. Its earnings went from $7.8 billion in 1999 to $20.5 billion in 2010, while its stock was flat during that same period. So valuations matter, even for truly great growth companies. They also matter for great companies also considered value stocks. Many of these, particularly banks and consumer finance companies, are currently valued around their book values. Don’t buy growth today, buy value. Don’t buy the FAANGs, buy banks and consumer finance companies. 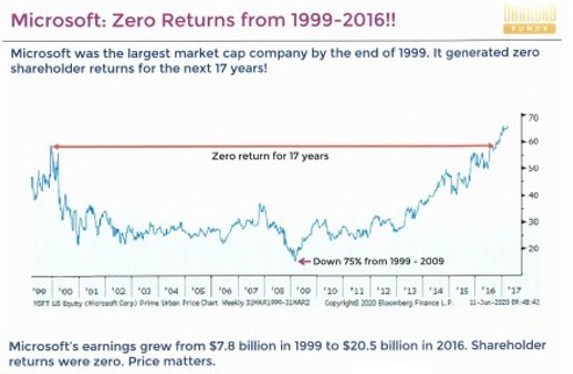